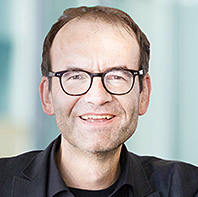 It has been argued that the age-related decline in cognitive functions is to a large part due to a decline in the effectiveness of cognitive inhibition. We tested young and old adults on a large battery of experimental tasks assumed to measure inhibition. Structural equation modeling revealed that the inhibition measures from different tasks had little common variance, so that it was impossible to establish one factor, or a small number of factors, representing inhibition ability. Old adults showed impaired inhibition in some tasks, but unimpaired inhibition in others. A meta-analysis confirms this mixed pattern. We conclude that there is no general age-related deficit in cognitive inhibition, but old adults appear to have difficulties with inhibiting irrelevant information in some tasks.

Short-term and long-term effects of refreshing and elaboration

When people hold some information in working memory, they can apply several control processes to them, among them refreshing (attending to information one by one) and elaboration (enriching the information by associated knowledge and new relations). Refreshing has been argued to improve immediate memory; elaboration has long been known to improve episodic memory after some delay. We investigate whether old and young adults differ in the effectiveness of refreshing and elaboration, and what effects these processes have on immediate and delayed memory. We also use brain imaging (fMRI) to distinguish elaboration and refreshing through multi-voxel pattern classification and to explore age differences in the neural correlates of these processes.

Does decline in working memory capacity cause the decline of episodic long-term memory in old age?

We develop mathematical measurement models for working memory tasks (immediate recall and recognition of small sets of items) to investigate which mechanisms and processes of working memory differ in what way between young and old adults. A first study revealed that old adults are impaired in maintaining item-context bindings, but not in maintaining information about items themselves. They are also not impaired in filtering out irrelevant information at encoding, and in removing no-longer relevant information after it has been encoded. Ongoing studies extend the measurement models to different paradigms (cued recall, relational recognition, and n-back).